Did you know that, on average, high schools in WCCUSD have just over 1,200 students? That’s almost double the size of our middle schools.

It’s easy to understand why students may be apprehensive about the transition from middle school to high school, and why families often look for ways to ensure their children find a point of connection to their new schools. But what if there were small learning communities embedded within our high schools that helped students establish a sense of belonging, all while exploring careers and developing transferable skills?

We spoke to five new WCCUSD graduates about the uniqueness of their academies, only to learn that their journeys have much in common. As the students shared their stories, it became clear that – while their interests and ambitions varied – they all felt safe and connected to their academies, believed their teachers and classmates to be their biggest champions, and found incomparable value in the real world skills they’ll bring with them into the next chapter of their lives.

When the time came for Luisa Francisco to select an academy at De Anza High School, it was an easy decision.

“I have always been drawn to health and medicine,” Luisa shared. “I knew if my school had a health academy that’s where I wanted to be.”

Luisa did in fact join De Anza’s Health Academy. She soon discovered that it offered much more than learning how to become a healthcare professional – it became a safe and supportive space for her to push herself and grow. Fatham Ng, the Health Academy’s lead teacher, made sure of that. 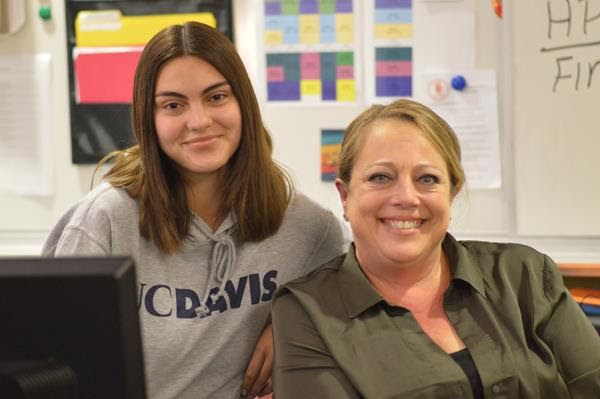 “Ms. Ng has really helped me put myself out there and see the leader that I am,” said Luisa, who also served as President of De Anza’s Latino Student Union. “She helped me see that I belong in higher education.”

After high school, Luisa will attend UC Davis where she’ll continue on her path toward a career in healthcare. She leaves the Health Academy with a full-ride scholarship and best wishes from Ms. Ng, who believes that Luisa is destined to go into medicine.

To younger students, Luisa offers this advice: “It’s okay to not know what you want to do yet. You have so much time to explore and figure it out. Step outside of your comfort zone and don’t pick an academy just because of your friends.”

“We’re really more like a family than an academy,” shared Anjelika Khadka, who joined De Anza High School’s Law Academy her sophomore year. “You get to learn a lot together and you get to know people around you a lot better.” 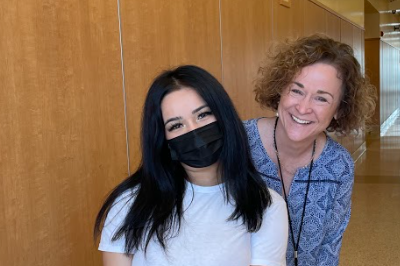 Anjelika admits that when she first entered the Law Academy, she was really shy – that is, until she discovered Mock Trial. “Mock Trial excited me so much,” Anjelika exclaimed. She eventually joined the school’s Mock Trial Team which further ignited her passion to practice law.

She also bolstered her advocacy skills by participating in programs like Discovering the Reality of Our Community (DROC), which focuses on youth drug and alcohol prevention, and Healthy Options at Point of Sale (HOPS), where students advocated for the removal of junk food in checkout aisles in Richmond.

“The Law Academy made me more aware of everything. Even our own rights,” Anjelika reflected. “It helped me become an upstander instead of a bystander.”

Anjelika’s dedication and resolve earned her a full-ride scholarship to UC Davis. She’ll major in political science and minor in business with the goal of becoming a district attorney, thanks to her summer-long internship with the Richmond Superior Court. Her hope, she shared, is to see more professionals who look like her in those roles. She also sees herself opening her own law firm one day — and she’s eager to get started.

“I’m excited to go on with my life. I have a lot of dreams that I want to accomplish,” she said.

“The academy opened my mind to what you can do in the law field,” said Angelica Flores, a new graduate of Richmond High School’s Law Academy.

Through the school’s Law Academy and Mock Trial Club, Angelica was introduced to an array of professions – from courtroom bailiff to forensic scientist. She learned how to extract evidence from a crime scene, and how to write for legal cases; most importantly, she said, she found her voice. 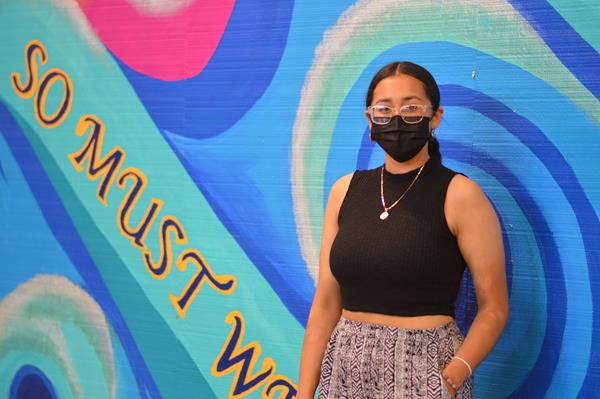 Angelica has used her voice to inspire change on the School Site Council and as a Student Trustee on the school board. Recently, she presented her group’s research findings from a service learning project to the school board, pointing to the correlation between student performance and the quality of school lunches. Angelica’s presentation garnered attention from WCCUSD’s Associate Superintendent of Business Services, Robert McEntire, who later wrote to her to let her know improvements would be made and asked for her support. She was ecstatic.

“I still can’t believe this project really worked and that we did this,” she shared. “This project showed me why it’s important to speak out on the problems you feel passionate about.”

Overall, Angelica credits the Law Academy for driving home the importance of advocacy — she knows it will serve her well in the future. She heads to Sonoma State this fall and plans to major in political science. Ultimately, Angelica wants to follow in her aunt’s footsteps and become an attorney.

“I feel so grateful for the Law Academy and I’m very thankful for Richmond High,” she shared.

Jesus Mora Lupian’s love of problem solving, drawing, and building made the Engineering Partnership Academy the obvious choice when it was time for him to transition to Richmond High School.

“In middle school I started to get into engineering electives,” Jesus said. “Once I started 3D modeling, I knew I wanted to go into the Engineering Academy. I love that you can create something on the computer and have it fabricated right in front of you and then work with it.”

Once in high school, Jesus found his way to the industrial lab space and eventually onto the robotics team. He didn’t know anything about how to build robots, he said, but he was encouraged by Luciano Del Rio – who manages the robotics team and the school’s industrial lab – to stick with it. He did, and it proved to be one of the most impactful decisions he’s ever made. 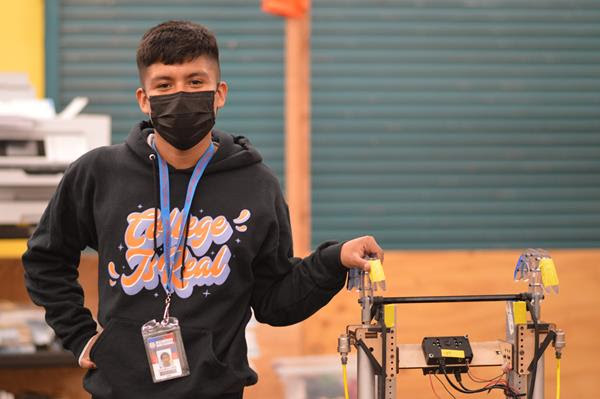 “I found something out about myself in robotics that I couldn’t find anywhere else,” Jesus shared. “It’s this ability to start something and make something come true and have it be shown around the world.”

In the Engineering Partnership Academy, Jesus also found a community of friends and teachers who created a safe space for discovery and pushed him to think outside the box – a community he’ll carry with him when he leaves for UC San Diego this fall to study computer engineering.

“I was a timid kid and not very confident about myself,” Jesus recalled. “But I found what it means to be part of a community who appreciates who you are and challenges you to find something out about yourself you never knew.”

During his freshman year at El Cerrito High School, Nate Dolan attended an assembly. It was here that he first learned about the academy options available to him. 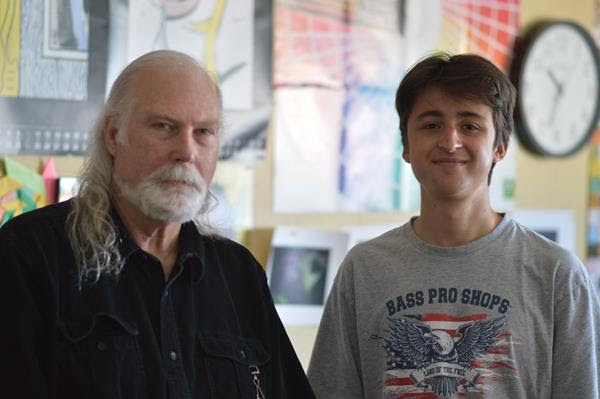 “I picked the Media Academy because I remember [the school] showed this video that one of the students had made that won a huge award,” said Nate. “It was inspiring. They were doing everything I wanted to do.”

An avid filmmaker, Nate was thrilled to have the opportunity to learn more about the media and communications industry and showcase his talent. During his sophomore year, he submitted a script about a famous skateboarding spot in San Francisco to The California Report for KQED’s Youth Takeover Week. His story was accepted and published in May of last year.

The Media Academy has helped Nate develop foundational creative and technical skills, but he was surprised to learn how applicable these skills are across a range of industries and in everyday life. In fact, he hopes more incoming students take advantage of what the Media Academy has to offer.

“[The Media Academy] sets you up for the future so well,” Nate shared. “Everything I’ve learned I’ve put into something else…writing skills, presentation skills…and you’re doing it all in such a fun way.”

This fall, Nate will say goodbye to the Bay Area to start his freshman year at UC Santa Barbara. And his major?

“Communications,” he said. “After being in the Media Academy, that decision was a no brainer.”

Middle school families: You’re invited to the FabLab this Tuesday!